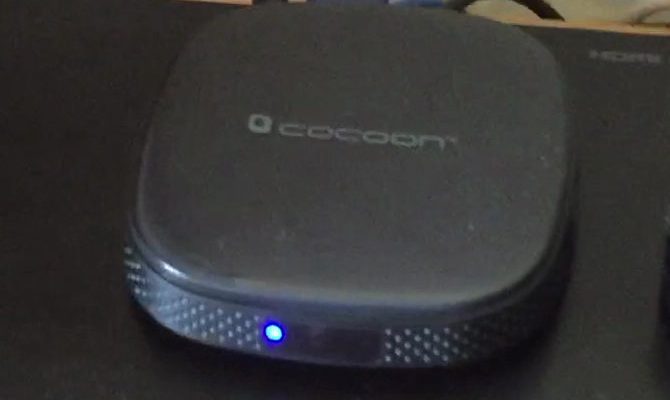 Aldi have an Android Media Player on sale from Saturday 25th of March for $79.99. I bought one this morning and here’s my review of it. I give it 2/5, don’t buy, save your money for something better.

The Aldi Android Media Player is made by Cocoon. It runs Android Kitkat 4.4.2 which is quite old.

What you’ll need to buy

These sorts of players best for people who have a bit of technical know how and want to run Kodi Media Player. Rather than build your own Kodi box, just get one that runs it out of the box. Unfortunately this player doesn’t do what it claims to do.

The interface is a bit clunky and feels old school. The remote control buttons are very clicky and it’s doesn’t feel that responsive on the screen. It’s not the sort of device I’d give my grandmother but for a people who are good at technical stuff it might just be ok.

The fact that it runs Android TV means that you can load any Android TV app that works on Android Kitkat on the media player. That makes it quite extendable. It means you can also update the apps that it comes with out of the box.

I got mine connected to my wired network and have been using Kodi to watch video files stored on my home file server. I also connected a wireless USB keyboard and mouse combo(). It was just a simple matter of connecting the USB dongle to one of the USB ports on the side. Being able to use a mouse cursor to operate apps makes then much more functional. It’s also a lot easier to type than use a screen keyboard.

At first I thought this was a pretty good player. The standard definition old TV show episodes I had on my server all worked just fine. Some other 720p content I had worked fine.

I was able to successfully play a 4K iPhone 6S video from my network server(video 1 in the 4K section on the Kodi Sample page). Video 15 in the 4K section, a 4k VP9 video didn’t work. I had sound but only the first frame frozen(however VLC on my mac won’t play that video either).

4K sample video 3(Linkin Park) worked initially, but had network buffering issues that caused pausing. Even though it’s connected via wired 1Gb/s LAN to my server, it works better on my wirelessly connected laptop than on the Aldi Media Player. That

I’m downgrading my initial rating. I’d now rate it 2/5. Ok for most 1080i and lower videos, but you may run into some problems. Some 4K videos may work, but many won’t. I can’t understand why 1080p doesn’t work, yet many 4K videos do work.

The old version of Android Kitkat means you can’t run the latest Kodi version 17(well not without a lot of hacking).

I’d say unless you really want to pick up something quickly and only want to play lower resolution content, save your money for something else.

which I’ve heard good things about. I’ll have to try that one out soon.